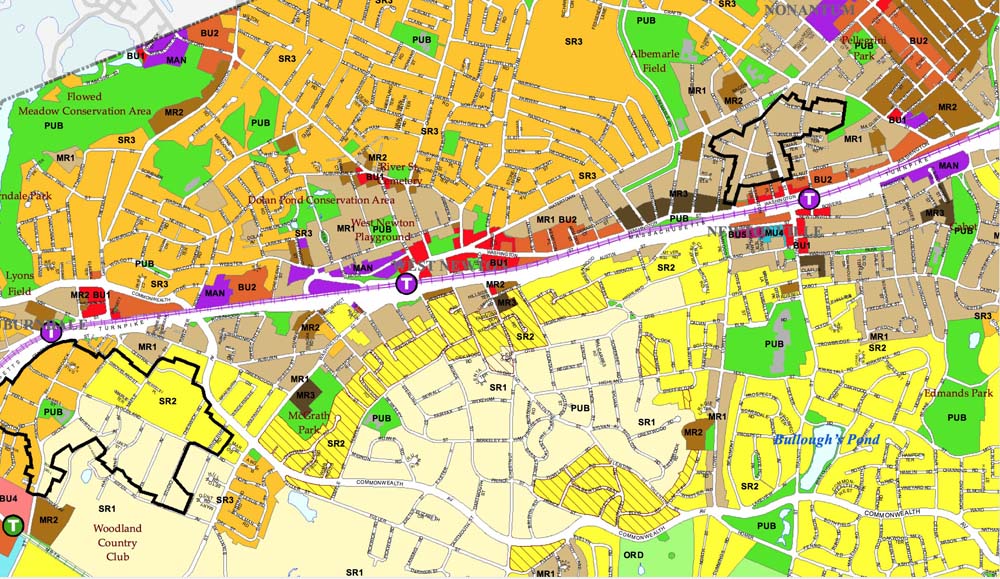 Until a few days ago, I doubt more than one person in a thousand, even in Newton, was aware of Massachusetts Senate Bill 2311 (until recently S. 2144). This is a bill which proponents claim will “reform” Massachusetts’ supposedly “antiquated” zoning law. However, it really represents an effort by developers and advocates of high-density housing to fast-track development by overriding local control over zoning with state mandates, and regulations to be written by the state Department of Housing and Community Development. (The same state agency that consistently sides with developers over cities and towns in 40B appeals.)

The benefits of S. 2311 for developers and real estate interests are clear and specific. The benefits for municipalities are vague and conditional, and for Newton, minimal if any, and outweighed by the costs.

Many Newton residents, myself included, are dismayed at what excessive development is doing to the city, whether it’s teardowns, or single and two-family houses in multi residence zones being replaced by strings of huge townhouses, or high-density projects like Austin Street and Riverside.

And the Mass Municipal Association, which looks out for the interests of cities and towns, wrote this this May 11, 2016 letter detailing serious concerns with this bill.

So residents my be shocked to learn that on June 1, without any apparent consultation with the City Council, Mayor Warren wrote this letter to our statehouse delegation urging them to support the bill, which the Senate could vote on as early as this Thursday, June 9. (Our statehouse delegation includes State Sen. Cindy Creem, and State Reps. Kay Khan, Ruth Balser, and the often overlooked John Lawn, whose district is mostly in Watertown.)

What’s in the bill? You can read it yourself here. But be warned, it’s 45 pages of often convoluted language, and even after reading the text, it’s impossible to fully understand what this bill would do. There are numerous references to substitutions and deletions from the current zoning law, Chapter 41, along the lines of “Paragraph 1 of section 81BB of said chapter 41, as so appearing, is hereby amended by striking out the second and third sentences and inserting in place thereof the following 4 sentences…” Without referring back to Chapter 41, you don’t know what’s being deleted from the current law.

But here are just a few of the pro-development provisions:

— Local zoning ordinances would have to provide at least one district of “reasonable” size permitting multi-family housing by right, with a minimum density of 15 units per acre. (“Reasonable” is just one example of many subjective terms in this bill.)

— Accessory apartments allowed by right in all single family zoning districts, on lots greater than 5,000 square feet. Newton already allows accessory apartments. This bill would substitute state standards instead of allowing cities and towns to set their own rules based on local conditions. And it would essentially turn single family districts into 2-family districts, increasing the incentive for developers to do teardowns when properties go on the market, because they would be able to build two units.

— Special permits would only need a simple majority vote to be approved, rather than a supermajority (2/3 in Newton).

— Required majority in the case of a landowner (abutters) protest is reduced from 3/4 to 2/3.

— Use variances could be granted if literal enforcement of zoning regulations “would involve substantial hardship, financial or otherwise” to the petitioner. That’s a very large loophole.

— “Non-municipal plaintiffs” (that’s you or me) appealing the approval of a special permit, variance or site plan, could be required to post a bond of $15,000 to take the matter to court.

What are the supposed benefits to municipalities?

— Site plan review. Also something Newton already requires for projects of a certain size. But the S. 2311 limit of 120 days to review (otherwise the project is considered automatically approved) may be insufficient for large projects.

Have you heard of this bill, and how do you think our state senator and representatives should vote?

Thank you for the additional details Julia! I was informed about this Bill one week ago and I am sure that the majority of Massachusetts residents have no idea that this is up for vote and the havoc it would wreak on cities and towns across the state. Let’s hope that enough informed people have contacted their state senators to voice opposition. The reach of developers into state legislation is a scary trend that needs to stop. Hopefully this Bill will be voted down and elected town officials will rightfully retain control over their own futures.

I missed this blog post when it initially came out but have come back to it several times. Great information; thank you.
$15,000 to appeal a decision? Guarantees few appeals.