I’m reading The Human City, Urbanism for the Rest of Us by renowned demographer Joel Kotkin. U.S. News & World Report says “No one knows more about cities than Joel Kotkin, and has more to teach us about them”. Kotkin reminds readers that thousands of years of history have shown us that a crucial characteristic of a successful city is abundant supports: infrastructure, transportation, and a strong commercial base. Without these, cities struggle under a variety of serious ailments.

I went digging for some information at the Mass Department of Revenue. I looked at the 43 cities in our state with over 80M of total tax levy, then combined their commercial and industrial totals. I took that total and calculated it as a percentage of the total tax levy and this is what I learned:

Needless to say, Newton would do better with more commercial income rather than relying so heavily on property tax.

Newton is currently lacking in adequate infrastructure: miles of rotting pipes resulting in huge infiltration, sewer back-ups and overflows; lead in our water supply; and streets, sidewalks, public trees, parks and buildings in bad shape. Our schools are mostly at capacity and many are in disrepair, and our public transportation is poor. This pattern of neglect has often been associated with Mayor Mann. In his zeal to keep taxes down – and keep getting reelected – he got rid of hundreds of city employees and sold off schools. Without staff to maintain public infrastructure and with school enrollments increasing in recent years, the error of “delayed maintenance” and “surplusing” public property has never been more stark.

So here is the real problem:

Building higher-density housing to encourage more people to move to Newton rather than another less-crowded municipality is counter to all the lessons of history. It’s like inviting house guests to stay when your bathrooms don’t work. Those appointed to write Newton’s Comprehensive Plan understood this very well. Their very first recommendation: Repair existing infrastructure before building anew, or as they put it, “Fix it first”.

So why is “Fix it first” on the backburner and why are the Mayor and his staff pushing for high-density housing at all costs instead? One reason is that fixing infrastructures is not very sexy – no ribbon cuttings for new sewer pipes, no plaques for fixing roads. A more significant reason is Mayor Warren’s personal political ambition.

Mayor Warren is the chairman of the US Conference of Mayors Community Development and Housing committee, and he must believe that if he is going to secure a higher elected or appointed position, like Governor of Massachusetts or HUD Secretary,  he has to show he’s accomplished something, anything in the field of community development and housing, and he’s also going to need help from monied and powerful people. Nevermind that Newton doesn’t want and didn’t ask to be used as Setti Warren’s science project to impress those higher up, nor that Warren didn’t campaign on a platform to transform Newton into an urban place of high-density housing and has no mandate to do so.

Enter the development community, or as sociologists call it: the Growth Machine. The growth machine uses money – light and dark – and influence, quid pro quo deals, faux-gressive marketing campaigns, the co-opting of green and progressive organizations and volunteers, phoney community engagement – all to advance their profiteering, land-grabbing agenda on behalf of the wealthiest individuals and corporations. The middle class, and those at the bottom who aspire to the middle class, lose when the growth machine devours a community.

When public property like parks or village parking lots are given to developers or when modest houses owned by middle-class families are conveyed to developers to construct high-density housing developments, the developers, financiers and the politicians they support win. Working people who might have been able to own the demolished modest house face renting an over-priced “unit” instead. Residents who might have stayed healthy enjoying that park get a concrete streetscape instead. Small business owners who depended on that parking lot may not survive with less parking and fewer customers. A handful of connected people in the growth machine win.  Everyone else loses.

That’s a lot of housing units. Now multiply all those units by Newton’s average household size of 2.5 persons, and imagine the resulting 8000 to 13,000 more people moving in with their cars.  Think our infrastructure can handle that? Can our roads? How about our schools?

In Part 2 I’ll address Newton and affordable housing and how Mayor Warren’s “strategy” will actually make the housing affordability problem in Newton worse. 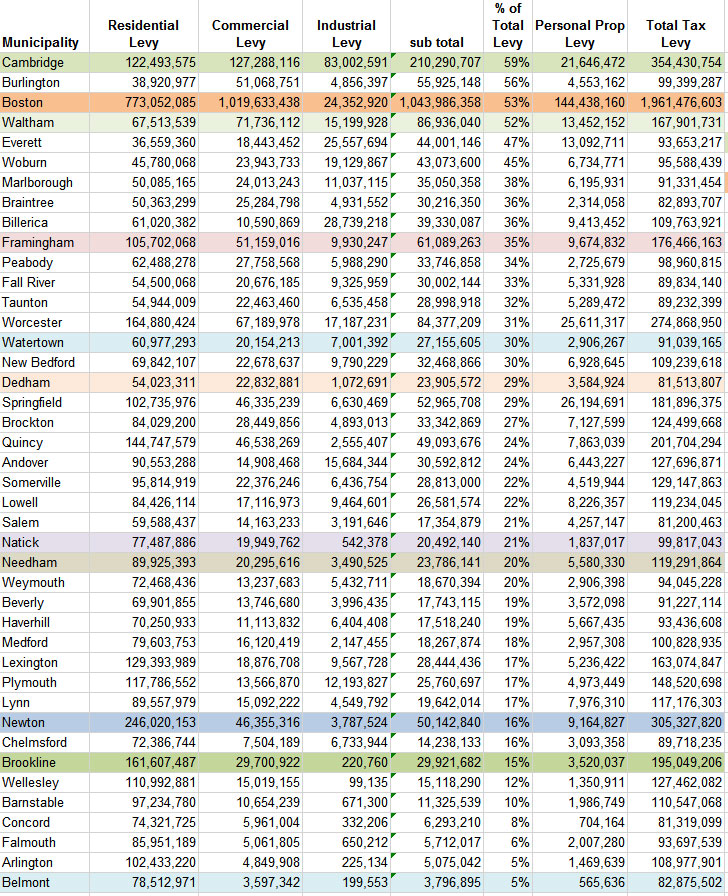 Great information here. The Mayor’s assumption of 25% subsidized housing is unrealistic. Our inclusionary zoning only requires 10-15% of housing units be subsidized so we are talking about thousands more units to accomplish his goal (as you note). Consider, too, that subsidized is a fluid term: a subsidized unit at 80% of market (or luxury) rate is still very expensive for someone looking for “affordable” housing. And then we need to consider who pays for the subsidized units? Other tenants in the building which drives up (not down) the cost of housing because the market rate houses must be above market rate to pay for the subsidized units.
I’m looking forward to part II.

@Lynne LeBlanc – I’m confused about your

. If they are above market rate doesn’t that mean they won’t sell?

@Jerry It’s not the same market rate. The developers ratchet up the amenity level so they can charge more. The granite countertops, the top line appliances, garages or a/c where maybe there weren’t before, and an apartment which someone was satisfied with for the price, and which allowed someone of moderate income to live in Newton without income restrictions or having to win a lottery, is replaced by one at a different level.
And baffling to me, a lover of old houses, happy in a kitchen with (gasp) no dishwasher, nor any good place to put one, there seems to be a premium just for “new.” If you’d been at Land Use the other night for the Orr Block hearing continuation, you would have heard a real estate agent talk about how her foreign clients complain about “why is everything so old?”

Chris has written a thoughtful, provocative piece. I am uncertain, however, that the mayor’s motives for supporting aggressive development stem from his political ambitions. I disagree, of course, with the entire concept of “Smart Development” because Newton seems overcrowded, and it already places too much stress on its limited infrastructure. The development movement in city government may believe that Newton needs new sources of tax revenues to pay for needed maintenance and improvements. Teardowns and MacMansions,the argument goes, would help that cause by allowing the infusion of wealthy individuals into those new houses (who else can afford them?). Ditto for the “mixed” developments, most of whose tenants and condo owners would be wealthier than the average resident living here now. The inevitable outcome: a more affluent, more crowded city with higher tax revenues. I don’t share that dream at all. Though it may be unpopular to espouse this view, I believe that Newton’s tax rate is very, very low given the many wealthy people who already live here. I pay about $9500 a year in real estate taxes, approximately double what I paid when I bought in back in 1981. Yet my house’s value has increased eight-fold. $4500 in 1981, adjusted to today’s current value, might actually be worth more than what a I currently pay. In brief, we are undertaxed! If the city were to raise its tax rates, it should allow, to be sure, an abatement for seniors on fixed incomes. If the city sincerely desires low income… Read more »

Many of my neighbors and the local businesses report their city taxes have doubled within the last few years. The point is the city has no money! One billion dollar debt, and no money to invest in repairs, or invest in its future by building up its commercial revenue. The city needs a business development Czar, a real one, who will forge alliances with all the high tech innovators in the region to use Newton as a test site. Why we aren’t in the news every other month when we live in the backyard of the greatest innovators in the world is a huge opportunity missed. All these proposed oversized housing developments should be office buildings for these companies. The more the city relies on property tax for its revenue, the more the middle class can no longer live here. That’s the subject of Part 2.

Fix it First (Part 2): There is no Housing Crisis - NewtonForum